Rumours have been circulating for a while now about a drastic refresh of the iPad to be announced this month.

Since we have yet to learn what exactly is planned only Apple know for sure what they will be offering, nevertheless there are some indications that we may see

The new Mini version of the iPad Pro may have 4 speakers, a true tone display and a 12mp rear camera with a LED flash like the current 9.7 version and for good measure maybe also Apple pen support.

As for looks it is said that the 10.5 model has a much thinner display bezel for greater screen display without increasing the overall size.

It seems likely that prices of the older models may drop [a little] because the lack of upgrades last year resulted in a 20+% drop in sales and revenue in the first quarter of this year. 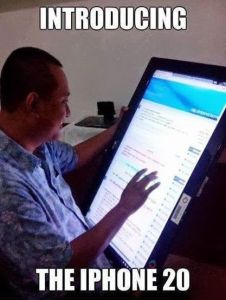 Meanwhile Apple did well out of the iPhone business boosted by larger screens as well as sales on the Chinese market, so with new hardware for the tablet range they should be able to return to a more consistent growth.

And who knows what is next!