‘Clarke’ refers to Arthur C Clarke, the British SciFi writer, who formulated 3 adages commonly known as ‘Clarke’s three laws’ of which the third law is the best known and most widely cited: ‘Any sufficiently advanced technology is indistinguishable from magic’.

It first appeared back in 1973 in one of his essays and as for the ‘magic’ he later said that while he “would have believed anyone who told him back in 1962 that there would one day exist a book-sized object capable of holding the content of an entire library, he would never have accepted that the same device could find a page or word in a second and then convert it into any typeface and size”.

Arthur C Clarke died in 2008 and I wonder what he would think and envision for the future now that we have AI technologies coming to the forefront. The progress of the technology is such that even the experts are not always fully comprehending how an AI system operates, so it is fair to say that in the near future we may find Artificial Intelligence to be intangible, indistinguishable and incomprehensible to us poor humans.
Sure we use it, we talk to Siri or Cortana and don’t think about it, we use Spotify for our music and accept its recommendations, and as it becomes less artificial and more human-like we stop thinking about it as some strange form of Intelligence.

When the details of the effects and technological dynamics of AI are beyond our perception and understanding, although we are aware of intelligent systems’ presence and effect, we no longer fully comprehend what they do or how they do it nor how they achieve the desired outcome and effects.

And that is the point when “Any sufficiently advanced technology is indistinguishable from magic“. We no longer have a chance to figure out the trick, or even realize that any trick occurred in the first place. 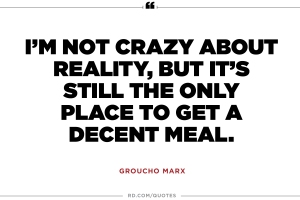 It is not something you need to lose any sleep over, just be aware that our World tomorrow has changed from today. Being aware and adapting with the changes means you have the best chance of a happy life, and being a member of Kapiti SeniorNet keeps you up-to-date and makes coping with new technologies that much easier.