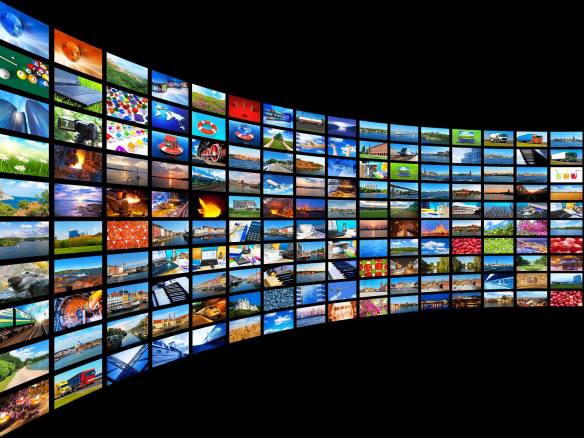 At the request of one of our readers who asked for more information on uses of new TV, extra features and attachments to TV, I have compiled a few lines of info which may well turn out to be more than you’d wished for. It should be noted that On-Line available material can also be viewed on a TV with the right attachment, see later. You may be surprised at the mass of entertainment available to you on-line nowadays.

Below I have listed 3 categories. i.e. “Free of charge”, “Pay per view” and “Subscription based”. Have fun.

First up are the FREE channels: 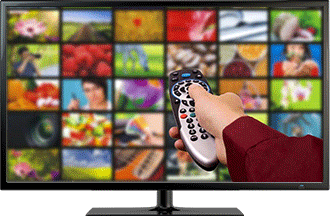 LG, Samsung, Sony, Panasonic all have smart TVs models which allow certain providers’ Movies and shows to be screened. They may vary from brand to brand. 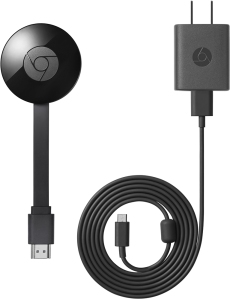 There is also the Roku or Amazon Fire Stick, and the Google Chromecast, now known as the ‘Cast’,  with which to stream a film or a show to the TV from another device or direct via WiFi to the TV when selected on your PC or tablet or phone. Provided you are a subscriber to one of actual channels the Chromecast allows, e.g. Netflix or Lightbox content, but you do not have a smart TV, then as long as your TV has an HDMI connection for the device your TV does the same as a smart TV.

A word about Chromecast. It works with both Android and iPhone or tablets, Mac or Windows computers and Chromebook. Your phone or device becomes your remote. There is an app to download and then when the icon is tapped you can search, browse, queue and control without new log-ins or downloads. Chromecast should handle YouTube, Netflix, Neon, Lightbox, Spotify, FanPass and Google Play so whichever you are subscribed to you can now watch on your TV.

A word about Apple TV. It comes as a set top box with a separate remote control, a bit more expensive than the Chromecast, but the streaming capability is fast and very good.  Netflix is already onboard as is 3NOW and ITUNES catalogue, and NEON’s version may soon become available, also Lightbox and TVNZ. Just as for the Chromecast content is wirelessly streamed from your iPhone, iPad or iPod with AirPlay.  If you have an iMac or a Mac computer you can use the TV as a Mac display screen.

By now you’ll be exhausted with all the available viewing, but I guess that in larger families there may be a variety of tastes so each to their own be it on their phone, tablet, laptop, desk top computer or TV, but one shudders at the thought of watching even a smidgen of all that is available.

A final word. As with all devices it pays to ensure that your TV is compatible with your chosen streaming device, e.g. does it have an HDMI port, it will have if your TV is only a few years old, but older sets may not be so equipped.

Good luck choosing what to watch next.