Are you in the market for a new TV? And wondering what the latest innovations are all about? Because it hasn’t been an easy task to keep track of what the newer sets coming onto the market had to offer that was significantly different to your previous set.

You may well have wondered what 3D TV was all about, well forget it, never really caught on. Then there was 4K TV with 4 times the pixels of the 1080p format, supposedly so much better, but frankly the socalled advantages are imperceptible, even if you squint.

Then came Curved Screen TV, still around, but again unless you want something looking a bit different the viewing pleasure compared to the flat screen is the same.

Don’t forget the Smart TV capable of streaming programmes direct to the TV –  at a price – and you can do the same with a Chromecast [now called just ‘Cast’]  or Roku or Airtame. 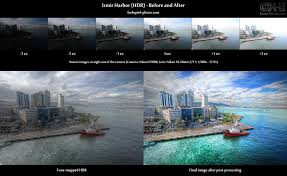 But there is a new technology called HDR, which stands for ‘High dynamic range’, a name you may have come across for smartphone cameras, but the TV HDR is vastly different. For an HDR TV set up correctly it means the whitest white and the blackest black, realistic colours and a much more vibrant image, giving you a spectacular picture and a noticeable difference to the naked eye.

It also means that to get the most out of an HDR TV you need HDR movies and shows to enjoy the full effect of the quality upgrade, but fear not, according to all the major manufacturers their TV products will be HDR-ready this year, and studios like Fox and Warner or Netflix are all preparing HDR versions of their latest movies and TV shows. There are already some out there in HDR, e.g. Mad Max Fury Road, and streaming services like Amazon or Netflix and others are also going for HDR.

Unfortunately, there seems to be something of a format war going on because there are two flavours of the HDR, something akin to the battle in the past between VHS and Beta formats or more recently between Blu-Ray and HD DVD.

In the case of HDR the two are: HDR10 and Dolby Vision, with biggies Samsung , Sharp and Sony backing HDR10 whilst others go for Dolby Vision like LG, Vizio. Some content providers back both formats including Amazon, Netflix, Warner.

The problem with this format war seems to be that if HDR10 is installed in your new TV it can’t support Dolby Vision and it cannot be added via a software update as it requires Dolby’s chip to be present.

Dolby is of course such a welknown brand particular in the movie industry and cinemas, but it is proprietary, whilst HDR10 is open source, hence no licence fees, and for this reason was chosen by the major TV makers. So not as straight forward as one might have hoped for. Be patient a litlle longer, and let’s see which system or dual system you should invest in for superior picture quality.