In past posts I have touched on the use of data, personal and otherwise, by the conglomerates which collect all they can, not so much for spying on us, we leave that to NSA and government authorized departments, but for the purpose, it is claimed, of providing a better service to you. So the more they get to know about us all who use internet for any reason, be it communication, shopping, reading, listening to music, viewing movies or videos, the more all this data become an important resource for yet more purposes.

One of the dangerous ones is 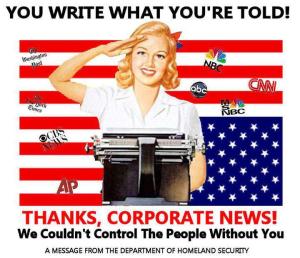 the manipulation of opinions. Nothing new here you might say since media in all its forms has been doing just that forever.  Just recently we had the Facebook ‘experiment’  where they manipulated the news to some 689,000 users to gauge the reaction on the user’s status updating. Apparently it worked and when discovered that little experiment naturally came under massive criticism.

Fortunately there are other ways to use assembled data. Such data is presently being used to forecast a number of events. For example BBC news report that real-time data collected from mobile telephone usage is gathered to get an overview of the movement patterns of the population in the Ebola epidemic areas so that it may be possible to forecast where it is likely to spread to, and hence where treatment centres should be established.

Another use was Google Search collecting data on the search for the word ‘influenza’ and similar words, to forecast where the next flu’ epidemic would strike and where it would move to.

At the University of Trento in Italy they claim to have found a way to use collected data to forecast which areas of major European cities will face high or low crime figures the following month – apparently with 70% precision so far.

We all add the the mass of data with our own internet activities and indeed many voluntary provide masses of data on a daily basis not just in social media, but rather more useful data like research and other valuable resources, so all in all the now popular hunt for, and analysis of, data has become known as “Big Data”.

Knowledge is power, so it is not surprising that the mining of data including the less palatable ones we frequently read about, has taken off in a big way. It will be difficult to legislate for the internet and with the algorithmic revolution that ‘big data’ represents, and what it can do by way of not just forecasting, but evolving to guide some aspects of society.

This is true also of politics. It may well be that data will be better at making politics than the political system.

Without boring you more, dear reader, let me finish with what we know right know, that NSA/FBI and their associated organizations across the world plus Google and Facebook are the leaders in collecting data because they have a unique combination of people information that cannot be matched presently.

Those who have the data has the power, and the internet services are certainly among the most powerful right now.

And forecasting may yet turn out to be significant to Ruling the world.