At the 2012 IFA show where major manufacturers of electronic gadgetry show their wares the new and latest Tablet computers for the coming Windows 8 operating systems were on display.

Can’t say it has made your job easier if you were thinking of a new computer or whether to add a Tablet to the old PC or just get a Tablet as your only computer. The staggering number of models just for Windows 8 systems let alone new iPads and Android versions makes it necessary to seek good advice and to consider your needs carefully before making the decision.

One good thing may be that

prices are likely to improve with such hot competition so no rush to jump in at the high end. The Windows 8 operating systems [there are 2, one called RT and one full versioned for running full applications] running on the much awaited Microsoft’s own Tablet named ‘Surface’ won’t actually be available for a while yet, and even though Nokia Lumia smartphones with the W8  operating system has been launched in the last few days, it was only on paper since the actual units most likely won’t see daylight till late in the year, perhaps to allow for Microsoft’s own phone to go on the market first.

What is ready are the many producers of Windows 8 Tablets with tablets ranging in size and capability between overgrown phones to small version computers and from lightweights to bricks. Here are just a few: 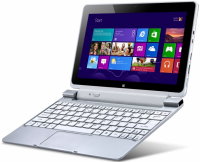 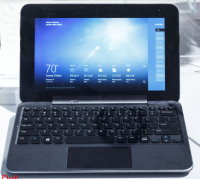 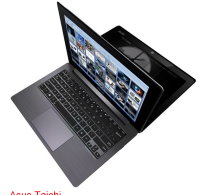 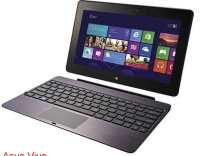 What seems to be happening is the possible demise of the old PC as we know it since with one of these you have portability and full PC functions and can connect to phones as well as your PC so for most purposes who needs a PC?

For business or, say, for a professional photographer it is a little different as a big screen and lots of processing power may be required and then the PC is still a must, but for general communication, emails and letters a tablet may serve your needs well.

Even your photographs can be fixed, enhanced and then stored on your cloud based storage such as SkyDrive, Dropbox and others without cluttering up the smaller storage available on the Tablets.

So not an easy choice, but no hurry, take your time, talk to Kapiti SeniorNet, join a workshop on tablets to help you make your decision the right one for you.